Beginning in February 15, 2020 the public could see the Wounded Warrior Dogs and the K9 War Stories displays up until March 15 when the Gerald R. Ford Museum was locked down due to the pandemic.  The dogs were in quarantine for several months only to be moved to a safe room at the museum when the George Floyd rioters began smashing windows of the Grand Rapids Art Museum just across the river.

Like everyone else during the lockdown, James Mellick lost track of time.  At some point the dogs were finally released and the government allowed them to be shipped to their next venue at the National Infantry Museum in Columbus Georgia where they were once again closed to the public.  That museum is used as a classroom for the soldiers at Fort Benning so the DOD did not want the soldiers catching COVID from public visitors.

Finally in October 2021 the Wounded Warrior Dogs installation was shipped to the Upcountry History Museum in Greenville, South Carolina as part of the War Dog exhibition as seen at the National Museum of the Marine Corps in 2019.  The public could once again enjoy the display and the stories of the working military dogs. 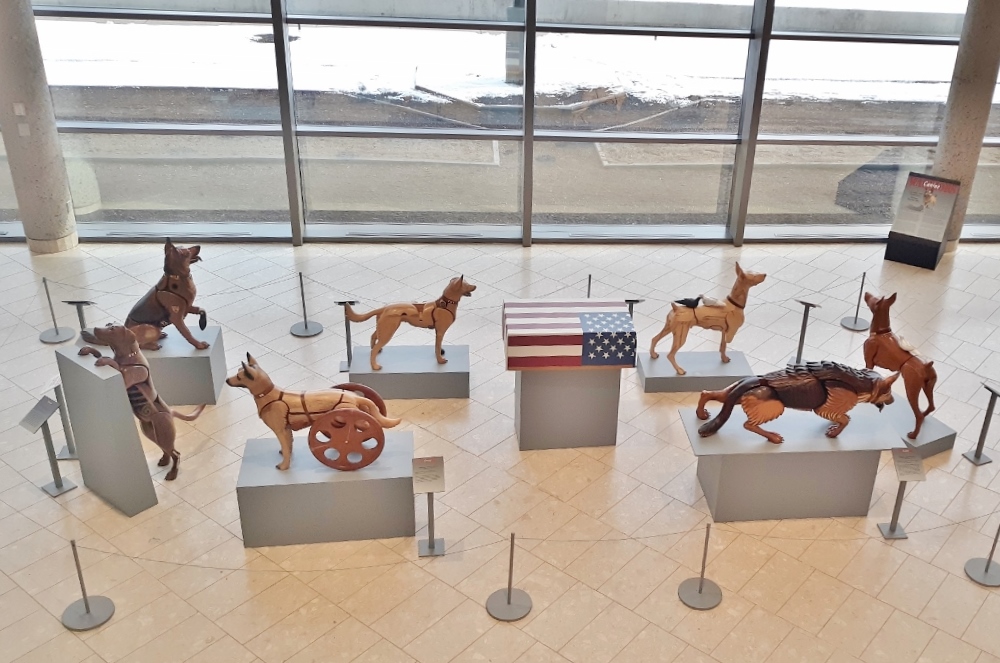 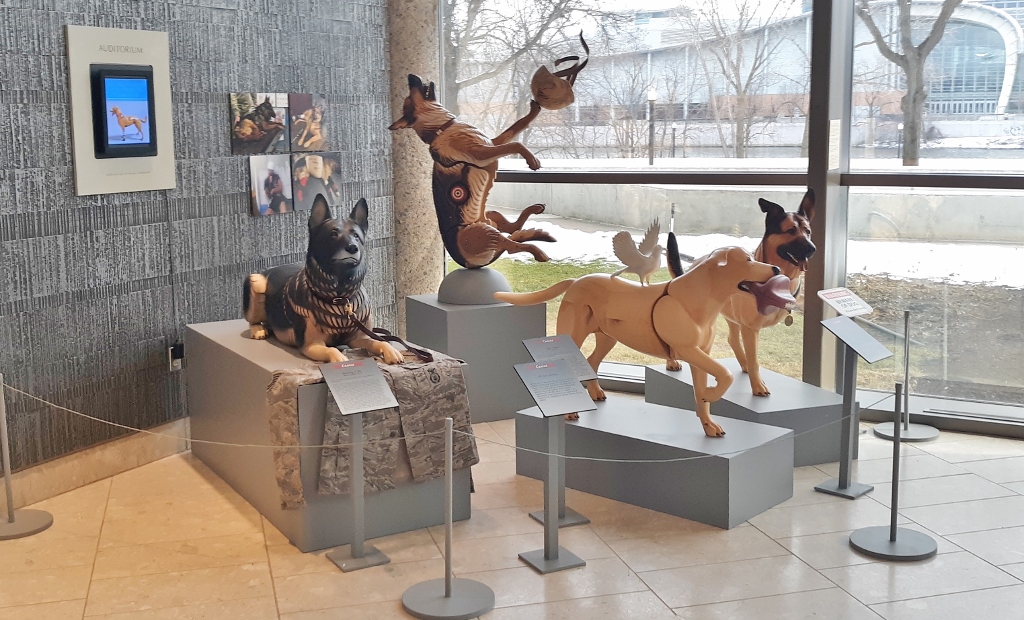