Artist Jim Meliick speaks at “A Special Tribute to Man’s Best Friend” event at the National Museum of the U.S. Air Force on Jan. 24, 2020. A traveling exhibition of wooden dog sculptures featuring eight Wounded Warrior Dogs and four Canine War Dogs was on display at the National Museum of the U.S. Air Force from Nov. 8, 2019, through Jan. 31, 2020. The exhibit, titled “Canine Warriors – Courage and Sacrifice, Always Beside You,” was designed by Ohio master craftsman James Mellick to not only bring attention to the service and heroism of military working dogs, but to be symbolic of the courageous sacrifices and wounds suffered during battle by their human companions and to raise awareness about their needs. Mellick, who first began carving from wood in 1976 while working as a teacher in New Hampshire, didn’t start creating dog sculptures until 1985. Although creating art was always important to Mellick, telling the story of military working dogs and their handlers was not at the forefront of his mind at first.

National Museum of the U.S. Air Force
A temporary exhibit featuring Wounded Warrior Dogs wooden sculptures by artist James Mellick will be on display in the Kettering Hall from Nov. 8, 2019 through Jan. 31, 2020. Mellick started the Wounded War Dogs Project, a traveling exhibition of wooden dog sculptures, to be symbolic of the sacrifices made and the wounds suffered by their human companions in battle and bring attention to the service and heroism of military working dogs.

The Wounded Warrior Dogs Project is an exhibition of wooden dog sculptures created by Central Ohio craftsman James Mellick. This canine collection is meant to raise awareness of the sacrifice and needs of wounded veterans, with each dog representing a different military campaign, as well as the injuries that their human counterparts sometimes endure. 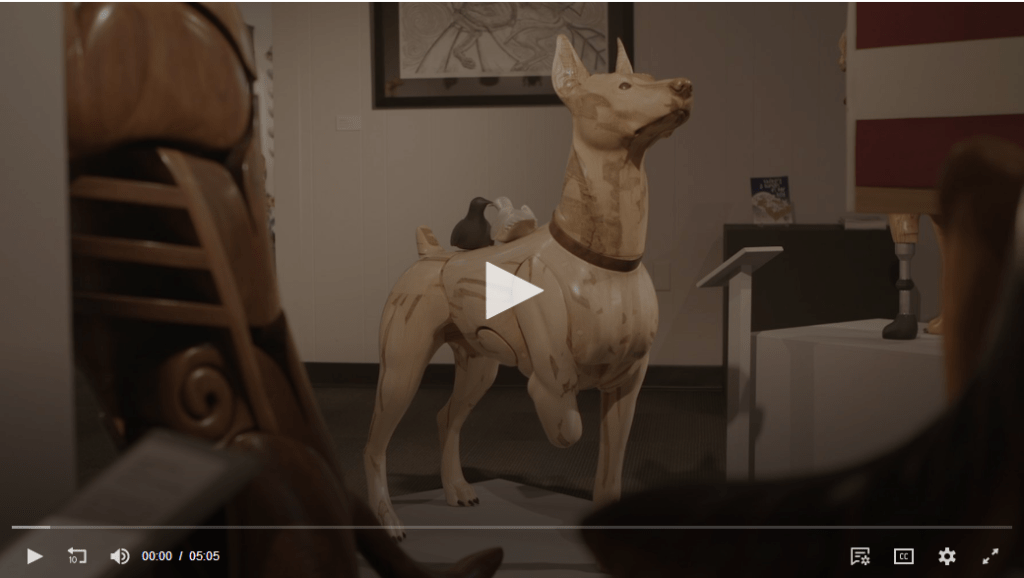 Sample the first movement of Warrior Suite written and composed by James M. Ward.  The four movements of Courage, Honor, Faithfulness and Sacrifice is the environment music for the Wounded Warrior Dogs Project.

See some of the technique and process behind the making Cooper K154.  Cooper K154 and Army Handler, Cpl. Kory D. Wiens were the first K9 team killed in action in the Global War on Terror.

This video reveals techniques and processes behind the making of two versions of Top Dog Hero Lucca K458. 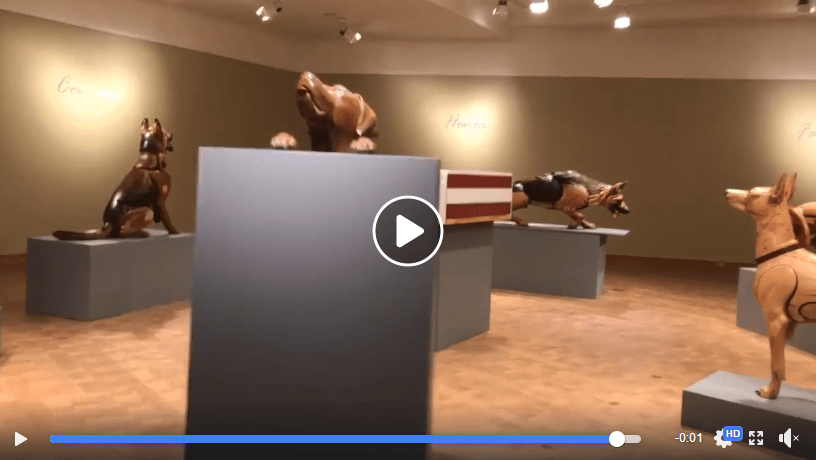 Check out James Mellick Artwork in the News 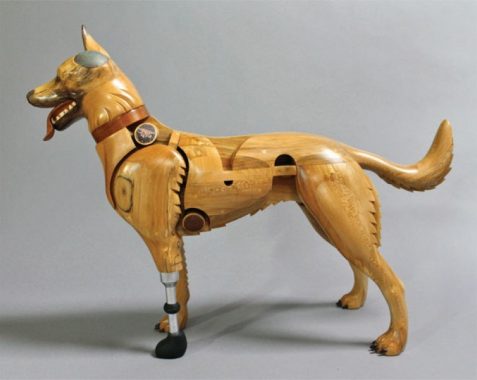 This featured article on The Bark highlights the Wounded Warrior Dogs Artwork from James Mellick.

In Wounded Warrior Dogs, Mellick makes us look straight at things we’d probably prefer to avert our eyes from—he makes us feel the pain and see the cost, both to the war dogs and their battlefield partners. 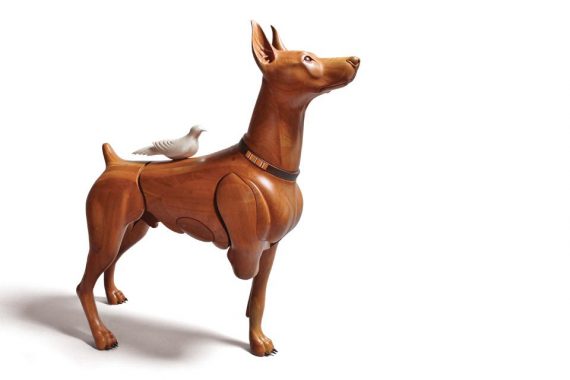 James Mellick’s sculptures reflect the courage and sacrifice of our men and women in uniform.

“I’ve always been drawn to the allegory of dog as man’s best friend. Dogs don’t just look like their owners, they behave like us. They have the goods on us and reveal things about us we may not recognize in ourselves,” says artist James Mellick

Allegory in Wood by James Mellick

This is a documentation of “Allegory in Wood by James Mellick” a solo exhibition at the Canton Museum of Art, August 31-October 28, 2012.

James Mellick’s painted wood, fantasy bird sculptures created from 1983 to 1996. Most of these bird sculptures are in private homes, businesses and a few were placed with restaurants such as Chi-Chi’s. These were sold at outdoor craft fairs in Ohio and Florida and fine craft galleries in New York and Chicago. 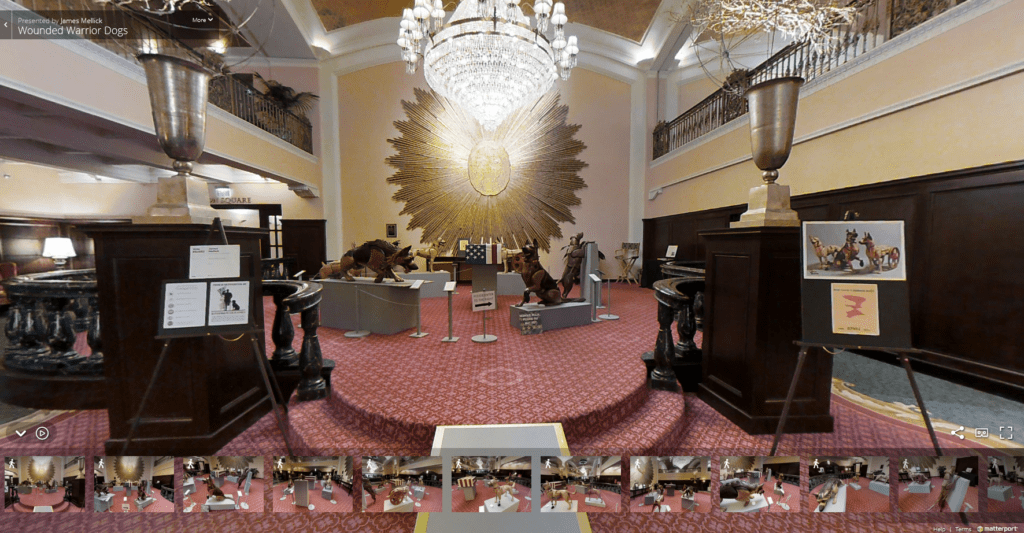 Wounded Warrior Dogs were documented by Matterport 3D imaging at Art Prize 8, 2016, in the Amway Gran Plaza, Grand Rapids, MI.  Use your cursor for a virtual tour of the space.