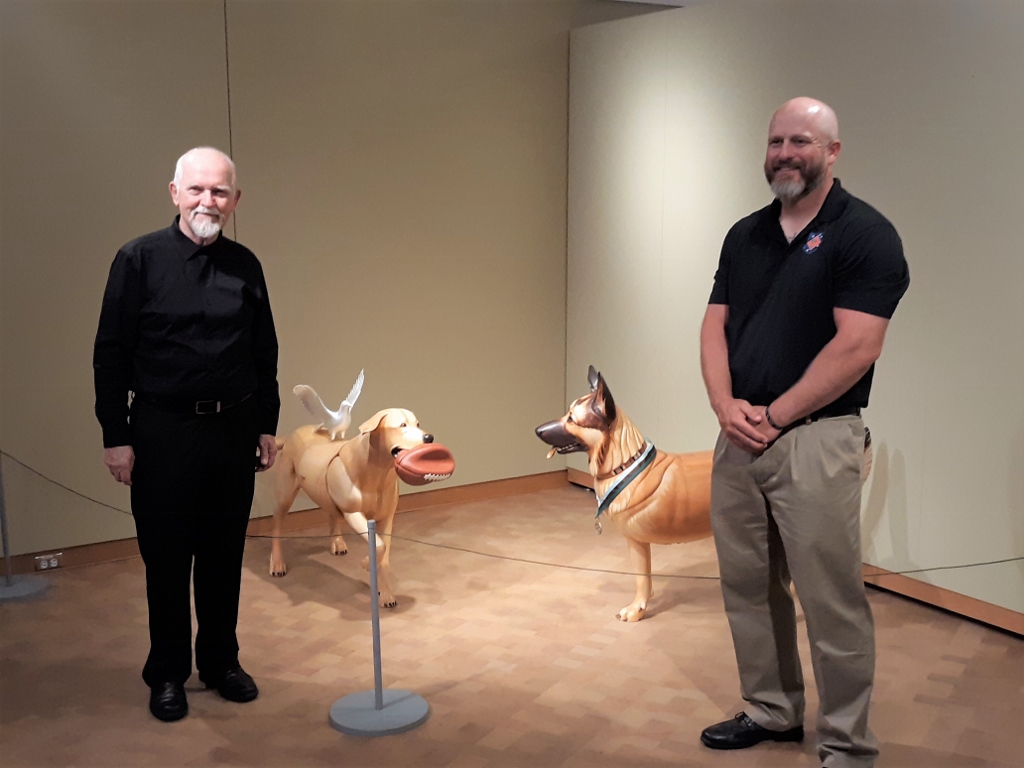 Chris Willingham, Marine dog handler of “Top Dog” Lucca K458 in Iraq in 2007, attends the opening of the War Dog exhibit at the National Museum of the Marine Corps.  Artist James Mellick meets Chris Willingham in front of the installation “Over the Rainbow Bridge”, the story of the friendship of two dogs, Lucca K458 and Cooper K154 that traveled up their leashes to their handlers Army Handler, Kory D. Wiens and Marine Handler Chris Willingham.  Cpl. Kory D. Wiens and Cooper K154 were the first K9 team killed in the Global War on Terror.