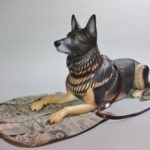 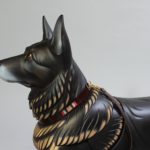 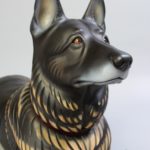 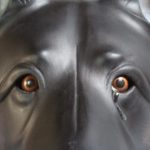 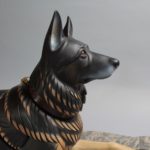 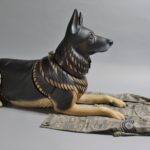 Robson, a German Shepherd also known as Robbie, served the US Air Force for six years as a Patrol and Explosive Detection Dog. Alongside his handler, Technical Sergeant David M. Simpson, he deployed to Iraq for seven months in support of Operation Iraqi Freedom and Operation New Dawn to perform explosive detection and random anti-terrorism duties. While deployed, Robbie protected the lives of coalition forces by locating weapons caches and Improvised Explosive Device materials; the pair also patrolled Iraqi polling locations to ensure citizens had a safe place to vote. While at their home station, Robbie protected DoD assets and base personnel, providing explosive detection for multiple distinguished visitor visits including the United States President and Vice President. When Robbie retired from military service in 2014 he reunited with his combat partner. For the next three years Robbie served as TSgt Simpson’s service dog, beloved family member, and devoted partner. Sadly, TSgt Simpson took his own life after becoming overwhelmed by paranoia exacerbated by post-traumatic stress disorder and severe pain from Lyme disease contracted in the field. The sculpture depicts Robson waiting for TSgt Simpson. He is looking up and off into the distance, but there is no one on the other end of the leash.