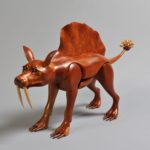 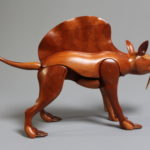 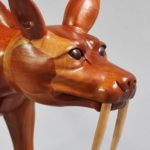 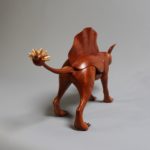 It is a little known belief that when dogs go to heaven they are repaired and given a new life and then paired as companions for incoming souls that knew the joy of a dog’s company.

Sinners, stopped at the Pearly Gates, are given cats to accompany them to the fiery pit so that torment will be certain and they will never have nice drapes or furniture.

Atheists who did not believe in a Supreme Being but tried to compensate by living a moral and ethical life as possible, would spend eternity listening to musak, riding the elevator between the lower and upper regions; never being able to get off.

Darwin reached the Pearly Gates and St. Peter asked him if he had a dog waiting for him. “No,” said Darwin, “But I spent a lot of time riding the HMS Beagle around the Galapagos Islands.”

St. Peter said, “With all the doubts you created about The Creator with the ‘Origin of the Species’ you will have to take the elevator for eternity; however, I will put a dog together to ride with you.” Darwin thought he at least deserved a monkey.

So St. Peter reached into a very large, ancient bag of animal parts and began to assemble Darwin’s dog. These were spare parts he had laying around since the Great Do-over, the Great Flood. From his bag he pulled the chassis of what looked like the dogasaurus rex, the ancestor of all canines. He gave the body the fangs and claws of the Saber-tooth tiger and the spiked tail and fin from dinosaurs.

“Here you go,” said St. Peter. “Have a nice eternity and watch the tail and claws.”

“Would you happen to have a cat?” asked Darwin.