Canine Warriors: Courage and Sacrifice, Always Beside You 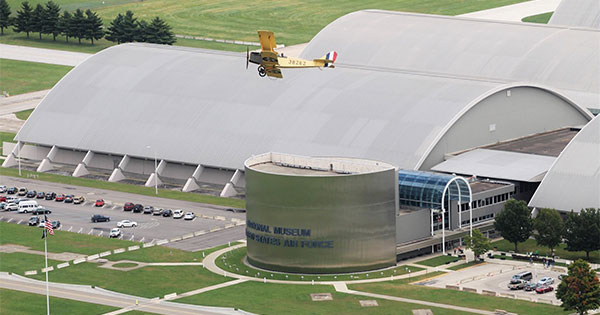 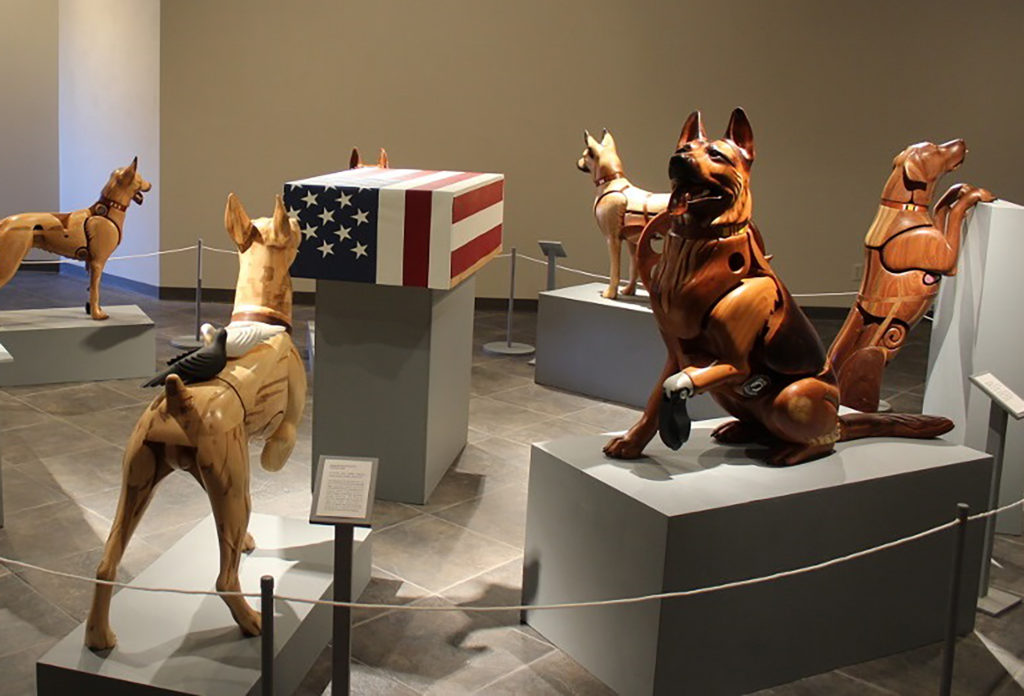 A new traveling exhibition of wooden dog sculptures featuring eight Wounded Warrior Dogs and four Canine War Dogs will be on display at the National Museum of the U.S. Air Force from Nov. 8, 2019, through Jan. 31, 2020.

The exhibit, titled “Canine Warriors – Courage and Sacrifice, Always Beside You,” was designed by Ohio master craftsman James Mellick to not only bring attention to the service and heroism of military working dogs, but to be symbolic of the courageous sacrifices and wounds suffered during battle by their human companions and to raise awareness about their needs.

Mellick, who first began carving from wood in 1976 while working as a teacher in New Hampshire, didn’t start creating dog sculptures until 1985. Although creating art was always important to Mellick, telling the story of military working dogs and their handlers was not at the forefront of his mind at first.

“I was inspired and the idea came to me because I have always worked with dogs,” said Mellick, who began the creation of the “Wounded Warrior Dogs Project” after retiring from teaching in 2014, and started touring the exhibition in 2015.

As his sculptures grew in popularity, there was an explosion of interest and Mellick became involved with a whole military dog community that he didn’t even know existed.

“What I think is so poetic and so beautiful is this bond or melding that takes place between the handler and the dog of complete dependence, unconditional love, and the will to survive in the most dire of situations amongst the two of them,” said Mellick. “And the narrative way that I work of storytelling was perfect for this group, so I had to tell the story of the dogs and their handlers.”

This exhibit is brought to you in part by the generosity of the Air Force Museum Foundation, Inc. (Federal endorsement is not implied.)

+ Google Calendar + Ical Export
Share
Prev Event War Dogs: Never Above You, Never Below You, Always Beside You