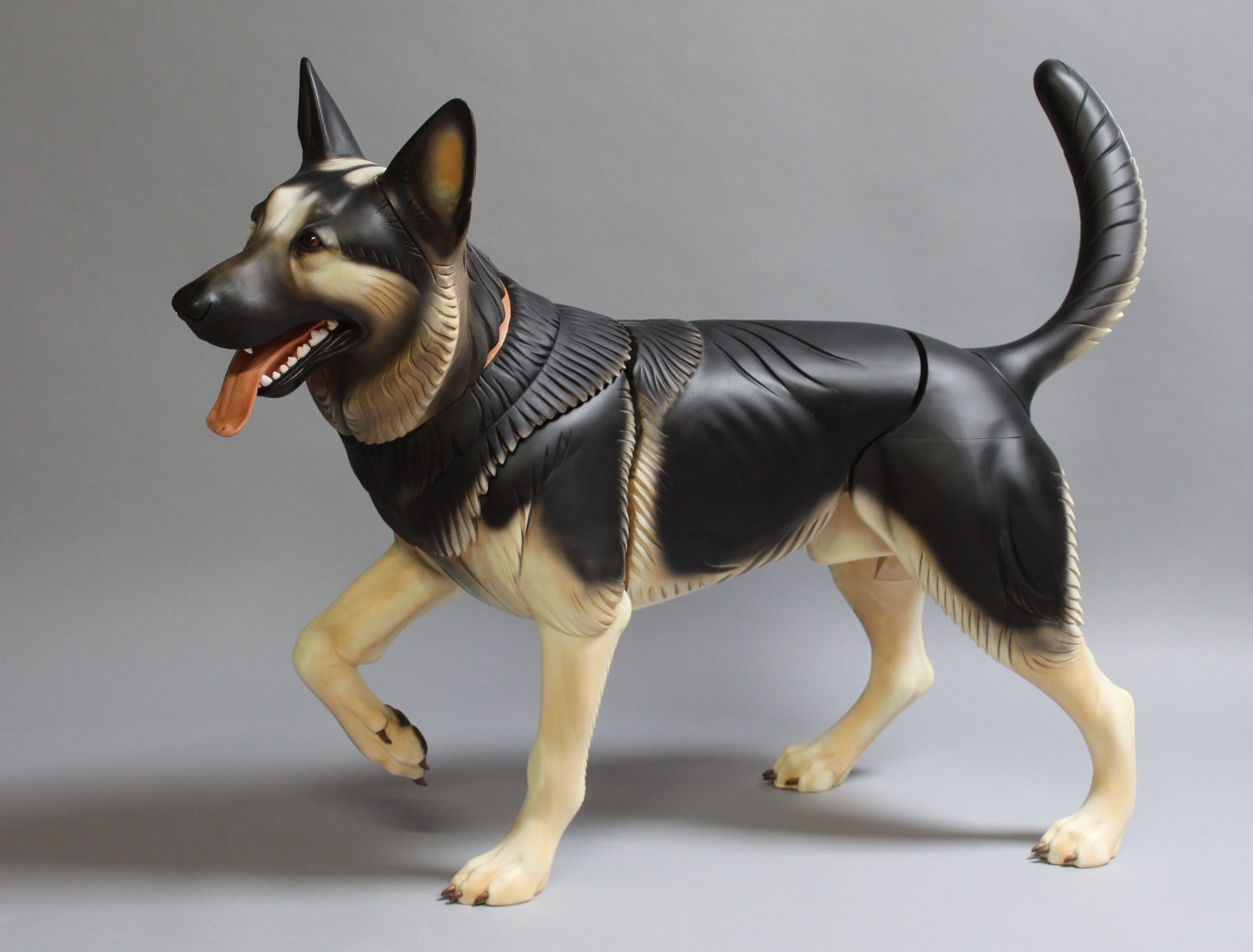 On his 75th birthday, James Mellick finishes his best canine sculpture yet.  It was also his most challenging given the size of the dog and the weight of the sculpture.

Nemo has a special place in the history of military working dogs and in the hearts of veteran dog handlers.  Since Mellick is of the same generation and an honorary member of the Vietnam Dog Handlers Association, he had to honor the story of Nemo and Bob Throneburg by finishing the sculpture which he started over a year ago.  It  had to be finished in time for the VDHA reunion on May 18, 2022.  These veterans were the first fans of his Wounded Warrior Dogs started in 2015.  They will be the first to see the Nemo sculpture in San Antonio, near Lackland AFB where Nemo was trained and retired after deployment.

Nemo was an Air Force Sentry dog partnered with Robert Throneburg in Vietnam.  When the air field was attacked, Throneburg was shot in the shoulder and went down.  Nemo was shot in the mouth and the bullet exited his right eye but even with this injury, Nemo protected Throneburg by laying on him until help could arrive.  It was an example of courage, honor, faithfulness and sacrifice.