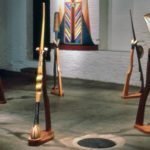 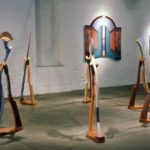 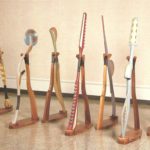 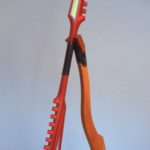 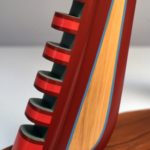 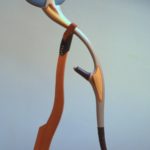 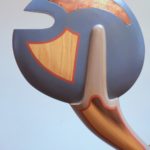 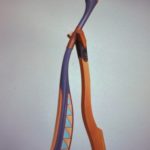 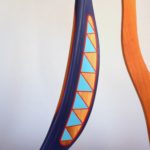 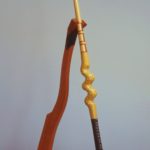 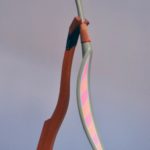 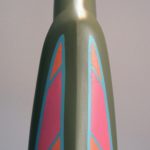 Laminated and carved poplar and cedar with leather, copper and acrylic paint.  Arsenal has been the center of many solo exhibitions and has been awarded several times. Among the awards, Michael Monroe gave it Best of Show at the 1988 Three Rivers Arts Festival, Pittsburgh, PA and Dan Dailey gave it the Award of Excellence at Exhibition 280 at the Huntington Galleries in West Virginia in 1987.  As a younger artist I created Arsenal to speak to the contradiction of design and purpose, where the lethal beauty of weapons make them hard to distinguish from ceremonial objects. I created objects which are timeless, alien, futuristic and ancient. One viewer said it was like walking among ancient Mayan weapons.   If there is a museum that would like this piece, please contact me.